Nordic Darts Masters to be held in September 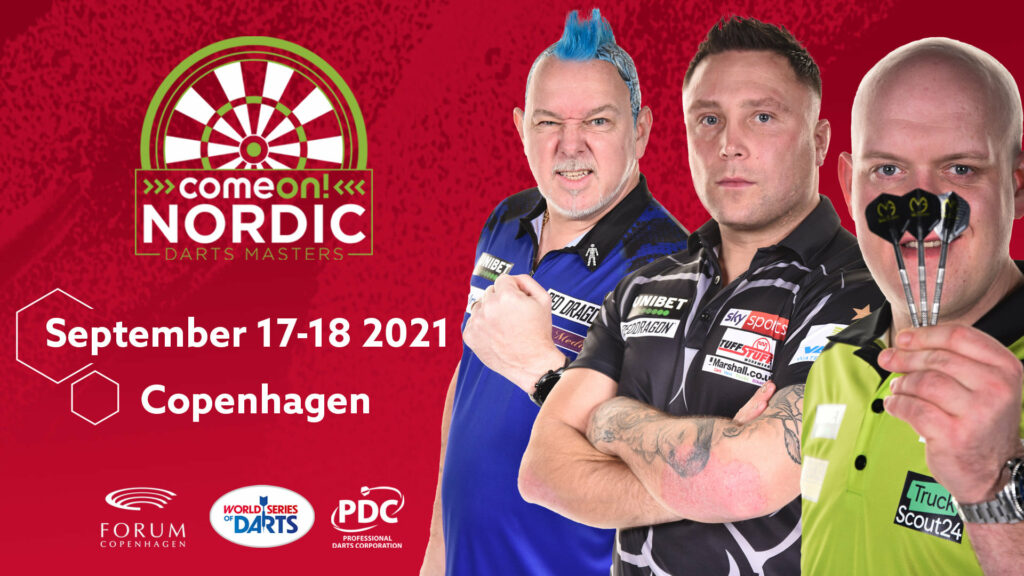 Forum Copenhagen will host some of the best players in the world in September 2021 as the World Series of Darts visits the Danish capital.

Originally the Nordic Darts Masters was to be held in June 2020, but do to the covid-19 pandemic, the event was postponed.

Now it has been decided, that the event will take place in Forum Copenhagen on September 17-18.

The sport’s top stars, set to include world number one Gerwyn Price and former World Champions Michael van Gerwen and Peter Wright, will take on leading players from across Scandinavia and the Baltics as the PDC returns to Copenhagen, previously a popular destination on the European Tour.

The tournament then reaches its climax on Saturday September 18 with the quarter-finals, semi-finals and final.

Tickets purchased for the tournament’s previous planned dates in October 2020 and June 2021 will be valid for the equivalent session of the new dates in September 2021, or be eligible for a refund. Ticket holders can get further information from their point of purchase.

As soon as we have a date for the qualification tournament, we will let you know.