16 Nordic and Baltic players fights for a Tour Card 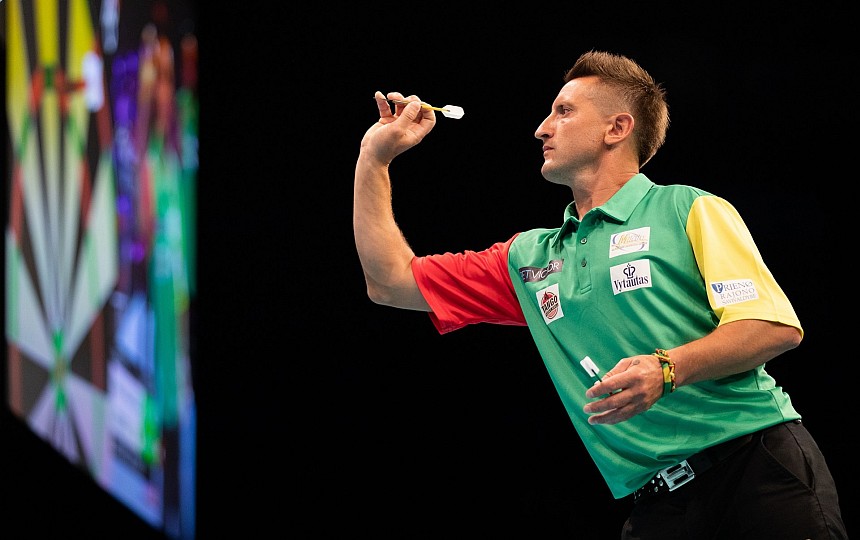 The PDC Q-school starts today and over the next week we will see 15 players from the PDC Nordic & Baltic region participate at the European Qualification School and one player at the UK Q-School.

From today and until February 17, we will see over 600 players try go get af PDC Tour Card at both the UK and European Q-School.

Exactly 271 players will participate at the European Q-School and among them we find 15 players from the Nordic and Baltic region.

Due to the large amount of participant and the Covid-19 situation, the Q-school will be slightly different this year.

The tournament will be split into two phases. At the first phase, the majority of Q-School participants will first have to qualify for the second phase, and it is only at the second phase that players have the opportunity to win a Tour Card.

However, there are several players who are already directly qualified for the second phase. This applies to those players who have recently lost their Tour Card, as well as players who ended in the top 16 on the Challenge or Development Tour last year. However, all Nordic and Baltic participants participate in the first phase of the tournament.

The four semi-finalists at each tournament subsequently qualify for the second phase of Q-School (also called the “final stage”). If a player qualifies for the semi-finals of the first tournament in his section, he will therefore not have to participate in the following two tournaments.

If a player does not manage to qualify into the semi-finals at any of the three tournaments, then there is one last chance to qualify for Q-School’s second stage. The players are awarded points, depending on how far they qualify in the respective tournaments. These points will be transferred to a so-called “Q-School ranking”, and the 86 highest placed players on the European Q-School rankings will qualify for the second phase, so that in the second phase there will be 120 players.

At the European Q-School all four winners of the four tournaments will get a Tour Card. As there is 11 Tour Cards for the Europeans, the other seven cards will be given to the seven highest players on second phase Q-School ranking.

The Baltic region will also be represented at the UK Q-School, as Latvian Janis Mustefejevs, who lives in England, is not allowed to travel to Germany due to Covid-19 situation. He will be part of the second section.

Below you will find an overview of the 15 Nordic and Baltic players as well as which section they will be competing at.