This article was written by: Dave Allen/PDC 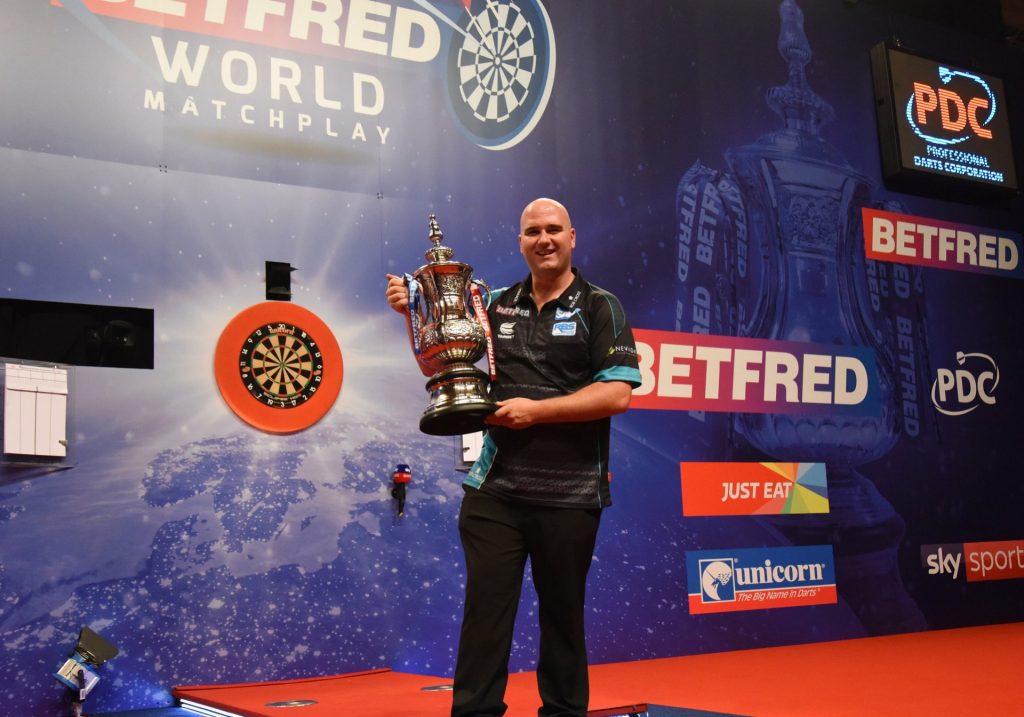 ROB CROSS held off a superb fightback from Michael Smith to claim Betfred World Matchplay glory with an 18-13 success at Blackpool’s Winter Gardens on Sunday night.

Cross followed up his fairy-tale 2018 World Championship success with a second televised ranking title as he scooped the Phil Taylor Trophy and a £150,000 pay-day in style.

Having reeled off eight straight legs to win his semi-final against Daryl Gurney 17-15, Cross extended that run by opening the final with another nine in a row to move half-way to victory.

He began the contest with back-to-back 72 checkouts, and added an 81 combination for a 12-darter before punishing misses from Smith in three straight legs to pull clear.

St Helens’ Smith had missed nine doubles during the opening six legs of that spell, but finally found his range to take out 84 in two darts to win leg ten.

Smith also won three of the next four to cut the gap, only for Cross to steady his nerve with finishes of 73 and 115 before punishing five misses from his rival to move 12-4 up.

Smith, inspired by a capacity Winter Gardens crowd, claimed another three legs – including an 11-darter – as he pulled back to 13-10, and after Cross finished 110 the St Helens man came from 250 points behind to win the 25th leg on double 18.

The next two were shared, before six misses from Cross allowed Smith to cut the gap to just two legs at 15-13 as he threatened to complete the greatest comeback in the event’s history.

The Hastings ace, though, held his nerve with another 72 combination and posted double 16 to move to the brink of glory and sealed the title with double four. 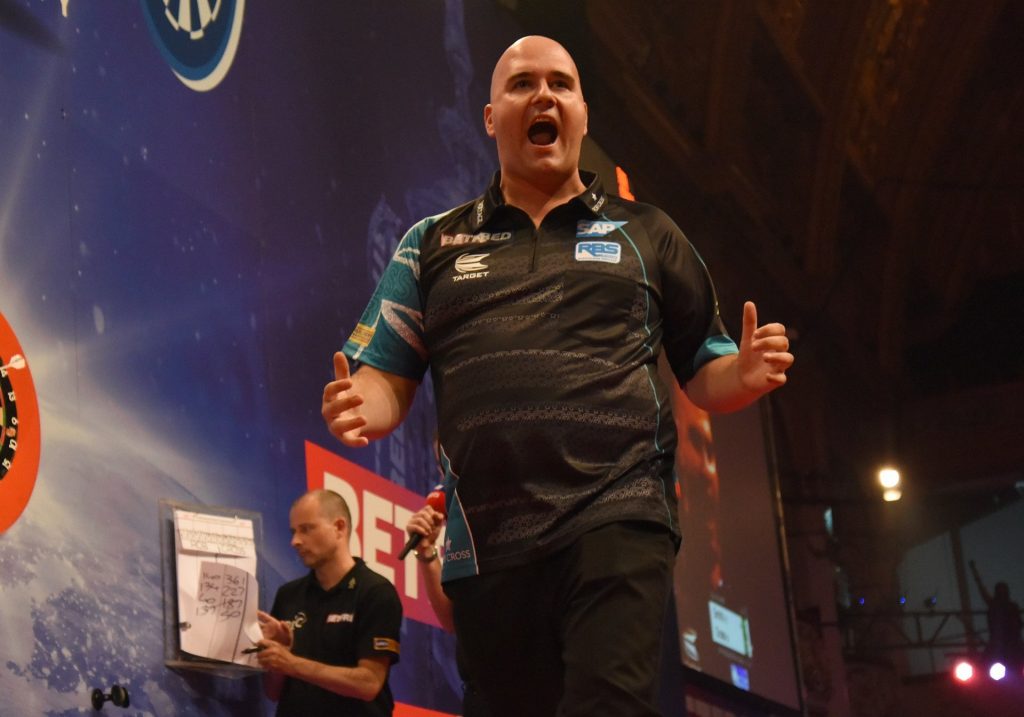 “It feels amazing,” said Cross. “I’m lost for words – so happy that I’ve won this title.

“I’ve loved this place from day one and it’s been so special to me. Everything about this tournament is amazing and to walk out with this [trophy] makes it all complete.

“Michael played great darts all week but he struggled on doubles tonight and it made me more edgy. He came back well but I had to stay calm.

“The crowd were amazing, they carried me through yesterday and carried Michael today.”

Cross has reached the UK Open and Premier League finals during 2019, but the World Matchplay triumph ended almost 12 months since his last tournament win, at the Brisbane Darts Masters.

“I’ve not played badly this year and I’ve broken my duck now,” he added. “There was pressure because I’ve lost in two finals this year, so to get over the winning line is huge.

“I need to get a bit more ruthless for the rest of the year. I’ve got a bit of confidence now and I still feel I can improve, but if I can be consistent” 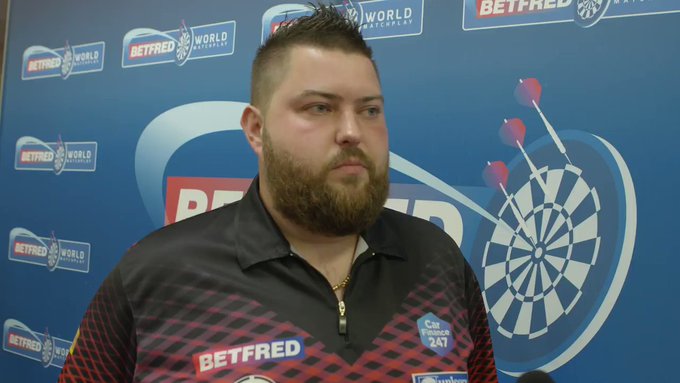 Smith, a former Premier League and World Championship finalist, said: “My doubles deserted me tonight. I was constantly chasing and I didn’t turn up.

“Even at 9-0 down I still believed that I was going to win, but you pay the price for being 9-0 down. I proved that I can fight but when I got back in it, my doubles disappeared again.

“My scoring wasn’t there and my finishing wasn’t, but all credit to Rob because he did a job. I’ve made another final and it’s another runner-up trophy but it won’t stop me.” 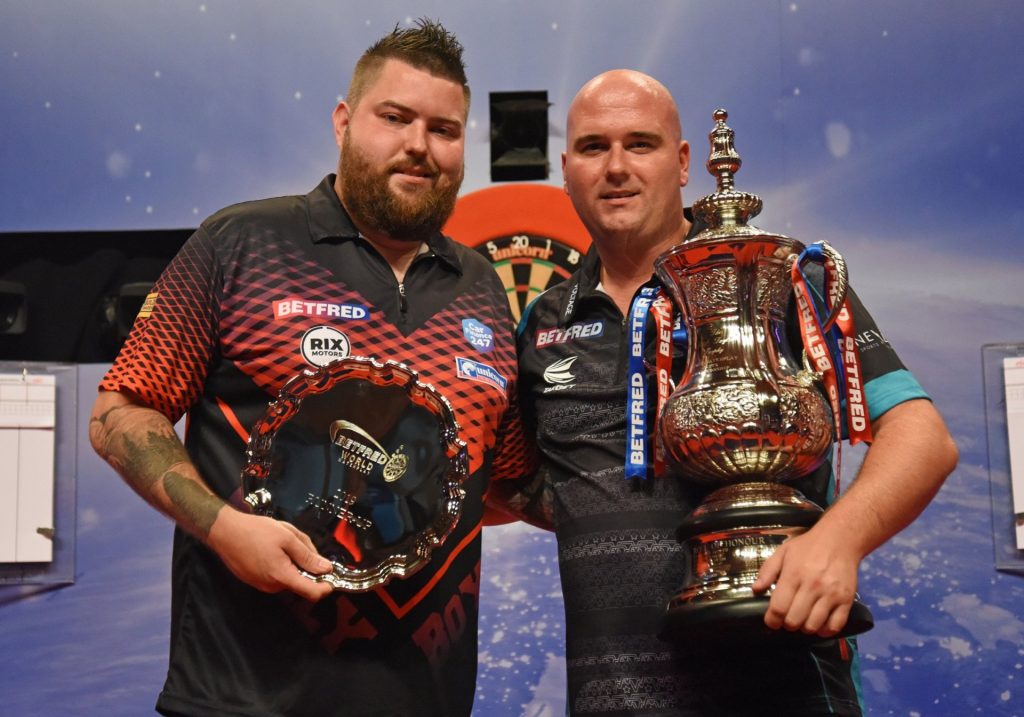 The former World Youth Champion added: “I’d rather have got beaten in the first round than lose in that final – it hurts less.

“I’m fuming – I keep making finals but I don’t want to be “the nearly man”, I want to be the one that wins them.”The 13 maximums hit during the final ensured that a new record for 180s in the tournament was set, with the final tally of 330 surpassing the previous best of 323 in the 2015 event.

The record-breaking number of 180s also contributed to a £32,000 donation from Betfred to Parkinson’s UK following their first year as title sponsors of the 32-player tournament.