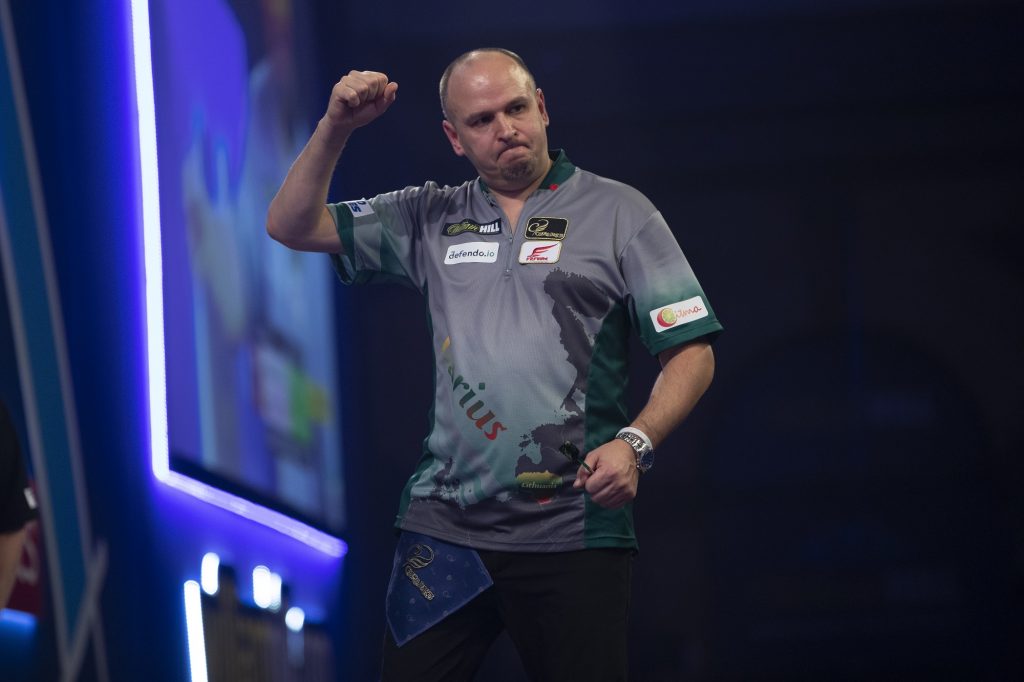 At Friday, the PDC Nordic & Baltic region were represented by three players at the European Darts Grand Prix.

Unfortunately Madars Razma and Mindaugas Barauskas both lost their matches in the first round. Darius Labanauskas however won his game against Michael Unterbuchner.

At Saturday a big challenge was on the menu for the Lithuanian, as he was going up against Dave Chisnall – but the Englishman could not stop Darius Labanauskas, who won the match by 6-3.

Then at Sunday it was time for Joe Cullen to leave the tournament, as he lost 6-2 against Darius Labanauskas, meaning the Lithuanian had reached the quarter-final. An achievement he had never done before.

In the quarter-final he had to face Jose de Sousa. The Portuguese quickly got ahed by 2-0, but Labanauskas fought his way back into the game, as he checked out 64 to make it 2-2.

Then Jose de Sousa once again got ahead by two, as he made it 4-2. Darius Labanauskas however got on 4-4, before Jose de Sousa secured the victory by 6-4.

The Portuguese then went on to win the entire event, as he beat Michael van Gerwen by 8-4 in the final. Jose de Sousa averaged an impressive 105.79 in the final, which secured him his first ever title on the European Tour.