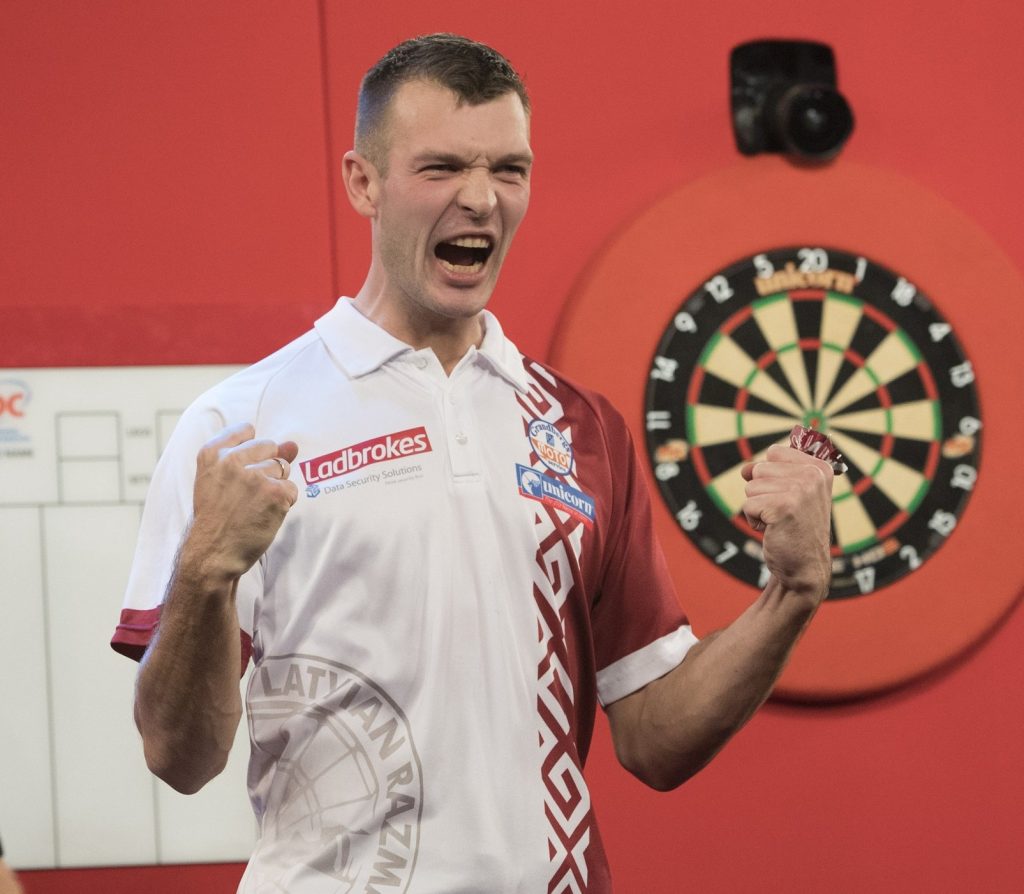 Madars Razma, Darius Labanauskas and Marko Kantele all had registered for the events and it was with great succes for two of them.

At the qualification for the German Darts Grand Prix, Madars Razma continued his great evening and won 6-3 against Steve Beaton and 6-3 against Conan Whitehead. Therefore he also qualified for both events this evening.