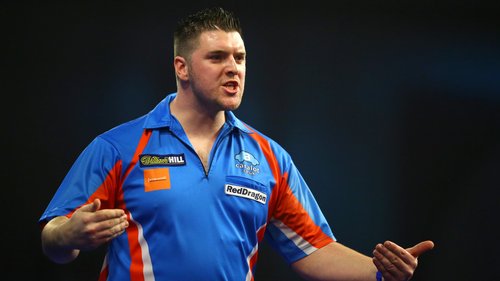 The winner must be found at this year’s Czech Darts Open and it is already certain that it will not be another title for Michael van Gerwen.

It has become Sunday and thus it has also become time for the last day of this year’s Czech Darts Open. It also means that we will have find the winner, and it may not be quite easy to identify the real favorite after the fall of the favorites yesterday.

This means that Michael van Gerwen does not get his fifth victory on the European tour, at least not this time. On the other hand, Ian White can still race for victory and thus secure his third Europe Tour title this year.

If he must succeed in doing so, he must start beating Andrew Gilding this afternoon.

Before this match, however, there have already been a lot of matches on the program, where it all starts with Keegan Brown, who is going up against Danny Noppert. It was the same Keegan Brown who yesterday sent Michael van Gerwen out of the tournament with a 6-5 win.

Daryl Gurney, who won the German Darts Championship earlier this year, is up against Jermaine Wattimena, and then Ian White will be on stage.

After that match, there are still three games on the program, the first of which is Jamie Hughes, who is up against Ron Meulenkamp, ​​before the two kings, Mervyn King and Corey “King” Cadby will fight for the throne.

The last match of the afternoon will also be a thriller when Gerwyn Price is up against Simon Whitlock. Gerwyn Price was very good yesterday when he beat Glen Durrant by 6-4. With an average of 100.70 and a 9-darter in the last leg, Price seems incredibly hot at the time.

The evening’s program will, as always, consist of quarter-finals, semi-finals and the final.

All matches can be seen on PDC.tv from one o’clock, and you can always create an overview below: