Darius Labanauskas in the field for Players Championship Finals

Players Championship Finals takes off today and Darius Labanauskas will go on stage.

Darius Labanauskas ended up as number 49 on the PDC Pro Tour Order of Merit and therefore he will be in the field today.

Darius will be the first player in action at stage two, as he goes up against Harry Ward. Harry Ward ended up as number 38 on the PDC Pro Tour Order of Merit. The two of them have played against each other twice in the spring at two Players Championship events. They have won one match each.

Overall the day will feature no less than 32 matches on the two stages. In the afternoon we will see names such as Dimitri van den Bergh, Glen Durrant, Simon Whitlock, Michael Smith and Ian White on stage one, and names such as Mervyn King, John Henderson, Steve Beaton and Dave Chisnall on stage two.

In the evening the absolute top of the rankings will feature, such as Gerwyn Price, James Wade, Mensur Suljovic, Daryl Gurney, Michael van Gerwen and Peter Wright. All of them will play on stage one.
On stage two we will see players such as Joe Cullen, Adrian Lewis, Jamie Hughes and Rob Cross.

All of the matches can be seen on pdc.tv from 13:45. Here you can choose by yourself, which board you want to watch. 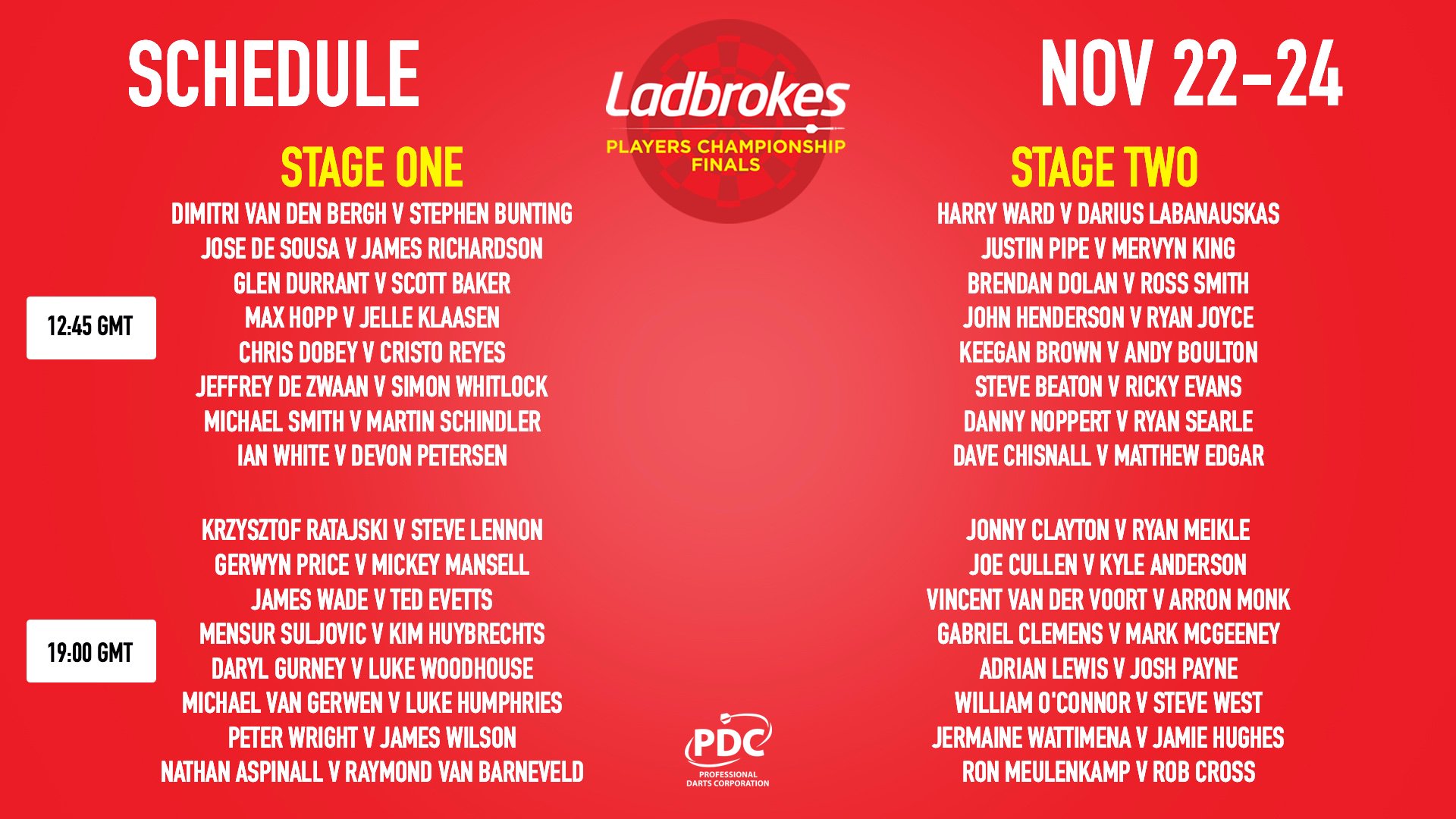