Kim Viljanen and Andreas Harrysson dominated the weekend in Finland. 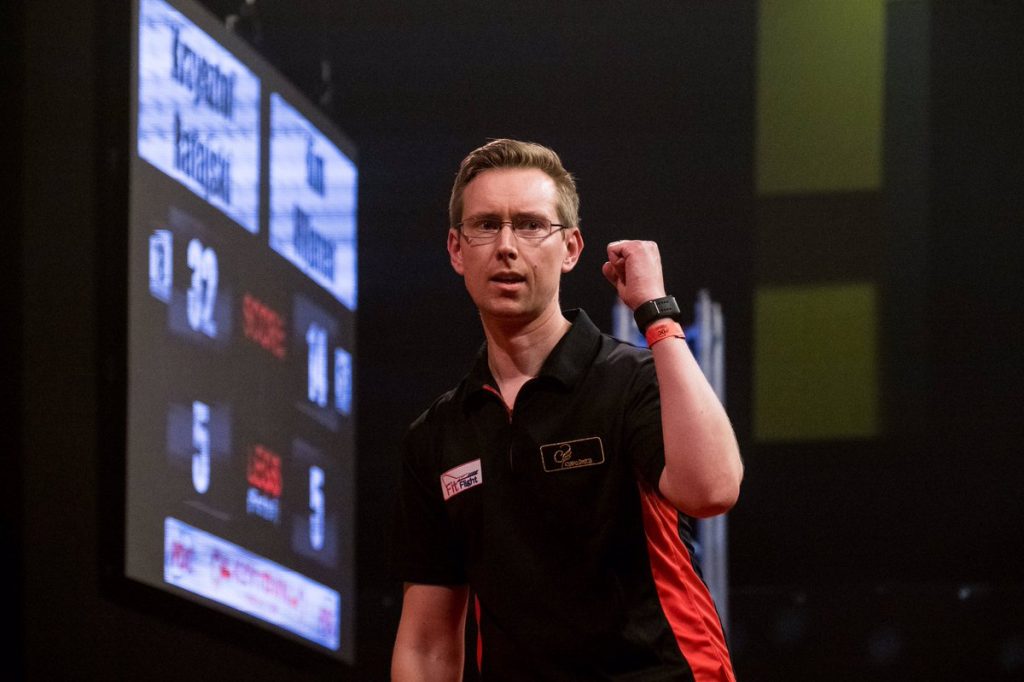 The first weekend of the 2020 season has been held and Kim Viljanen dominated the Pro Tour events, with Andreas Harrysson qualifying for two Euro Tour events.
It was a busy weekend in Finland. Actually it all started at Thursday, as four Euro Tour qualifications had be completed and two Pro Tour events.
At Thursday the first qualifier was being held. The qualification was won by Andreas Harryson, who won 6-2 against Dennis Nilsson in the final. To reach the final, he had won against Pétur Rúðrik Guðmundsson, Veijo Viinikka and Oskar Lukasiak.
Therefore Andreas Harrysson will go to German Darts Grand Prix in Munich in April.
At Friday two more qualifications for the Euro Tour were being held. Johan Engström won the first of them and will therefore be participating at the Austrian Darts Open. Just as Thursday, Dennis Nilsson was the losing finalist.
Andreas Harrysson qualified for yet another Euro Tour event, as he won the second qualifier at Friday. He will therefore be going to the Hungarian Darts Trophy in May, as he won 6-3 against Oskar Lukasiak in the final.
At Saturday the first Pro Tour event was on the schedule, but we will get back to it, as we will just talk about the last Euro qualifier first.
It was the qualification for the International Darts Open in Riesa. This time Dennis Nilsson got out of the final successful, as he won 6-3 against Mindaugas Barauskas.
Unfortunately Dennis Nilsson did not have that much success at the Pro Tour event earlier in the day. In the round of 16 he lost against the later winner of the event, Kim Viljanen.
Kim Viljanen has not been playing that much on the Pro Tour in the last year, but that was not a problem for the Finn.  Except for his match in the round of 32, he did not average below 83 in his six matches. Other than Dennis Nilsson, he also won against Johan Engström among others two reach the final.
In the final he had to go up against Darius Labanauskas.
After a close beginning of the match, Darius Labanauskas got ahead and eventually had a lead by 5-2. Kim Viljanen then won four legs in a row and secured himself a 6-5 win.
Kim Viljanen managed to reach the final once again at the Pro Tour 2 at Sunday, but this time he did not win. The Finn lost the final by 6-2 against Daniel Larsson.
Kim Viljanen, however, made the four highest registered average at the PDC Nordic & Baltic Pro Tour ever. He did so in the semi-final, as he won 6-1 against Ricky Nauman. Ricky Nauman made a littel upset, as he won against Madars Razma already in the first round.
Daniel Larsson, who won the event, proved to be the better Tour Card holder of the day, as he won against Marko Kantele in the quarter-final and against Darius Labanauskas in the semi-final.
The results of the two Pro Tour events, puts Kim Viljanen ahead in the rankings, as he is number one with €1800. Daniel Larsson is number two with €1400.
If we take a look at the Nordic Darts Masters this summer in Copenhagen, then Niels-Jørgen Hansen, Per Laursen and Niels Heinsøe would take the three danish spots at the tournament, if we had the cut-off today. Unfortunately for the three of them, we have to complete the Pro Tour 3 and Pro Tour 4, before we know, who will take the three spots.